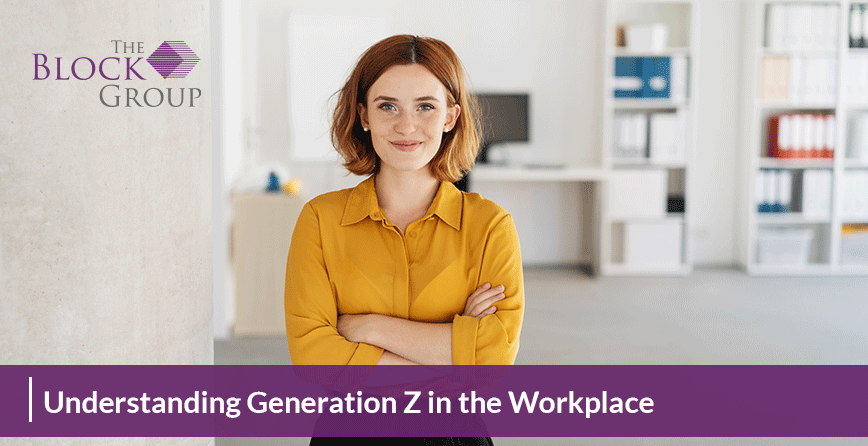 Understanding Generation Z in the Workplace

Generation Z is an increasingly large part of the workforce. Learn how to cater to this unique demographic.

Some Generation Z employees entered the workforce before the COVID-19 pandemic started in March 2020. Others did so after completing college during the ongoing global health crisis, and still others in this demographic are in school and will be joining the working world in the next few years.

Studies indicate that the pandemic hasn’t affected the sector Gen Z most wants to work in: technology. Below are some pre-pandemic and pandemic-era insights into the types of tech jobs Gen Z employees want and guidance on how to attract and retain this valuable class of workers.

Generation Z comprises people born between 1997 and 2012. As of 2020, this generation counted 67.06 million members in the United States, according to Statista. This accounts for 20.35% of the U.S. population. As of 2022, Gen Z’s oldest members are turning 25 and have likely been in the job market for at least a few years now. Many others are at the tail end of their college careers, while still more are in high school and lower grades – which means the job market is soon to be flooded by this demographic and the influx won’t slow for quite some time.

What Gen Z workers wanted before the pandemic

A 2019 Glassdoor study highlighted Generation Z’s top concerns and interests as they began their careers. The company analyzed job applications filed on the site between Oct. 1, 2018, and Jan. 11, 2019, noting the potential employers, locations and types of jobs Gen Z and their immediate predecessors, millennials, were seeking in the U.S.

Glassdoor also used its database of company reviews to learn how Gen Z employees rated their working conditions. The research included the pros and cons listed in reviews, as well as the location and salary data for various positions held by this demographic. The results led to some clear conclusions.

When it came to the types of jobs Gen Z applicants wanted, the tech industry reigned supreme – which should come as no surprise since this group has only known a world with publicly available internet. Some of the top 10 companies Gen Z workers sought jobs at, according to the study, included IBM, Microsoft, Google, Amazon and Oracle.

Generation Z workers were significantly less interested in non-tech companies. In fact, the only three nontech businesses to make the top 10 for Gen Z were Deloitte, an accounting company; NBCUniversal, a media conglomerate; and Lockheed Martin, an aerospace and defense corporation.

Young workers who managed to make their way into Gen Z’s most sought-after workplaces also rated those companies highly. According to Glassdoor’s findings, Apple, Google and Microsoft each scored an approval rating of 4.6 out of 5 from this demographic. Other highly rated companies included Facebook and Morgan Stanley.

Where Gen Z looked for jobs

Before the pandemic, it was common for newcomers to seek employment in one of the country’s larger metropolitan areas when entering the workforce. Cities like New York, Seattle, and Washington, D.C. tended to attract the interest of many entry-level employees. Although the pandemic-era shift to remote work has changed this, some people still relocate for certain jobs.

From 2015 to 2019, the top three metropolitan areas that saw the most interest from Generation Z workers were New York (9%), Los Angeles (6%) and San Francisco (5%). Glassdoor noted Gen Z applicants were “less concentrated in the bigger metros compared to millennials.” While millennials’ top work locations recorded in the study included the likes of Miami and Phoenix, Gen Z workers were interested in jobs located in Champaign, Illinois, and Raleigh, North Carolina.

What Gen Z valued in a job

Like most workers, Gen Z wants promotions, good wages and attentive bosses. The Glassdoor study indicated that a good work environment with flexible hours and good pay is paramount. The phrases “easy job,” “employee discount” and “free food” were used in employee reviews.

What made a job “bad” in the eyes of Generation Z? For starters, they disliked “long hours,” “low pay” and “minimum wage.” “Upper management” was also a major complaint in their reviews. Some of these concerns have remained in pandemic-era research – even as having an increasingly remote workforce has introduced all manner of new workplace considerations.

What Gen Z workers want since the pandemic

In 2021, enterprise software delivery firm CloudBees surveyed 1,000 18-to-24-year-olds from the U.S., U.K., Germany and France about their career interests. The study was exclusively focused on Generation Z in the workplace, and it took place well after the COVID-19 pandemic started changing the world. Fifty-six percent of respondents said that they found employment within six months of graduating college – and it took 36% of them less than three months.

Software development was the respondents’ top career path: Three out of every 10 people polled said it was the job that interested them the most. Additionally, 90% of participants predicted the field would continue to be important, with 27% saying it would be critically important. The survey didn’t analyze software development salaries like Glassdoor did a few years prior, but U.S. News & World Report data shows that the average salary for this role in 2020 was $110,140, with the expectation that it would continue to rise.

Though the CloudBees survey didn’t cover popular companies among Gen Z job applicants, Tallo, a company that connects job seekers with opportunities, filled this gap. In a 2021 survey of more than 29,000 Gen Z high school and college students, tech companies dominated the top 10 most desired workplaces, with Google, Apple and Netflix ranking first, second and third, respectively. Other tech companies on the list included Amazon, Microsoft, Sony, Tesla and SpaceX.

Tallo’s study also showed that technology is the second-most popular industry among those surveyed, with 76.5% of respondents ranking the sector as one of their preferred industries. It was behind only arts, entertainment and recreation, which came in first at 78%. So, even with a life-changing pandemic that kept millions of students from attending school in person and forced them into Zoom classes, Gen Z’s desire to work in tech hasn’t really changed.

In Tallo’s research, a whopping 88% of participants found it “important that recruiters or potential employers ask about their preferred gender pronouns.” This is indicative of this demographic caring strongly about equality and inclusivity, and it’s an area that should factor into how you manage Gen Z workers.

How to attract (and retain) Gen Z employees

The above facts and figures make it clear what’s important when trying to attract – and retain – Generation Z employees. That’s true even if your products and services don’t so much as touch software development. Here are some key takeaways that apply even if your business isn’t in the tech industry:

Generation Z in the workplace

Every new generation represents a sizable addition to the workforce. As Generation Z comes of age, employers have a great opportunity to recruit young talent who are up to speed with the latest technology and social norms. You may have better luck securing Gen Z workers if you’re in the tech sector, as studies show the industry remains appealing to this demographic. Just make sure your business prioritizes Gen Z values if you want them to stick around.