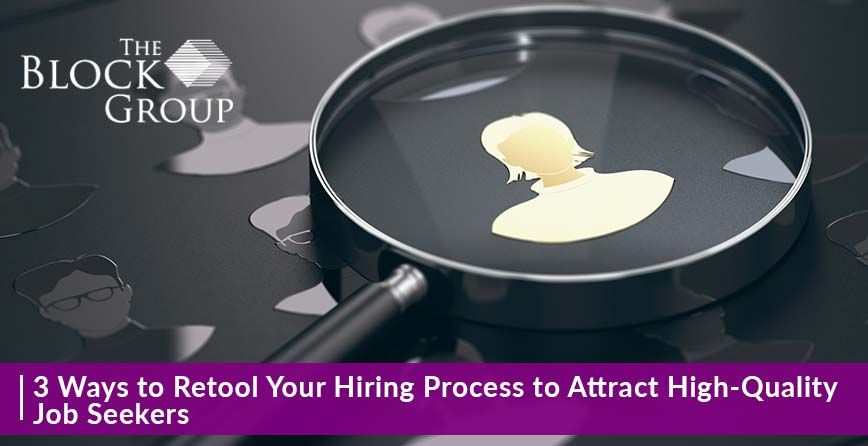 At the end of 2018, the number of open jobs in the U.S. reached 7.3 million, according to the Bureau of Labor Statistics. That’s the highest number of job openings on record since the Department of Labor started measuring them in 2000. Available jobs have outpaced hiring for more than a year, indicating that companies are having a difficult time filling their vacant positions.

In other words, it’s a job seeker’s market. Candidates are feeling so secure, in fact, that USA Today reports some of them are now “ghosting” employers -- that is, simply not showing up for scheduled interviews (or even their first day on the job) without canceling.

The cost of hiring a new employee is already prohibitive. Replacing someone can cost the average company $4,000, according to Bersin by Deloitte, and having to start the process all over again after a bad hire or a ghosting will only hurt your finances more.

The good news is that a great hire can boost your business’s productivity and profits. The challenge is finding those great hires. With a smaller pool of talent, it’s imperative that your company stands out. Here are three strategies you should use to better appeal to the top candidates in a limited hiring pool:

For years, job seekers were taught to expect they’d have to follow up with companies multiple times in order to get a response. Today, that expectation will no longer fly. The need to constantly follow up with your hiring manager can turn candidates off a job, even if you do eventually respond. Worse than that, they’ll share their experience on review sites like Glassdoor, turning future applicants away, too. To avoid leaving a bad impression, get back to potential hires quickly, and communicate your hiring process clearly so they aren’t left waiting in the dark.

But how quickly is “quickly”? According to speaker, author and CEO coach Krister Ungerboeck, employers should waste no time in calling candidates back if the employer wants a speedy response in return. He notes, “If a top-quality candidate applies, pass the information along to your C-suite so someone can call him or her back within the hour.” Because you’re responding immediately, and at the highest level, you should get a response back sooner than if you weren’t. You don’t even have to message or email -- new updates with LinkedIn allow employers to leave candidates a voice message through the platform.

A basic job description needs to include the job title, responsibilities of the role and your required qualifications and skills. But to take your job post to the next level, you need more than a list of duties. In fact, lists of requirements and responsibilities can work against you by alienating qualified candidates, according to an experiment conducted by researchers from the University of Vermont’s School of Business Administration, the University of Saskatchewan and the University of Calgary.

The researchers rewrote 56 job advertisements using two different approaches: one emphasizing what a company can do for the job seeker and one emphasizing what the company wants from the candidate. Candidates who responded to the first type of ad were rated more highly than those who applied to the second. Adjust your job descriptions to stop focusing so much on your list of desires -- instead, think about what the candidate wants and how you can provide it. Do you offer flexible work schedules, career development opportunities, more autonomy? Concentrate on how you help employees do well in their roles.

3. Turn your attention to the interview.

Leadership IQ found that problems with new employees might actually occur due to a flawed interview process. In fact, according to a study by the organization, 82 percent of the surveyed managers agreed that interviewers are distracted by other issues, pressed for time or lacking confidence in their ability to conduct interviews. If you fall into this category, it could be that your interviewers are so wrapped up in finding new hires who are technically competent that they ignore other key factors -- such as emotional intelligence, motivation or attitude. Shift the focus of your hiring process back to the interview, and hold behavioral interviews rather than asking only run-of-the-mill questions like “What is your biggest weakness?”

After setting the candidate at ease with some small talk, ask the person questions that help you identify past instances when he or she exhibited specific behaviors. If you do it right, the candidate won’t even realize the behaviors you’re trying to pinpoint in his or her answers. Behavorial interviewers ask questions such as “Tell me about a time when you obtained a new customer through networking activities” or “Please tell me how you went about maintaining a long-term customer relationship.” By allowing the candidate to show rather than tell you that she possesses certain traits, you’ll have a clearer picture of whether the individual is a good fit for the role.

In a job seeker’s market, you can’t afford to stick to the same process you used in the past. It’s time to switch things up so you can stand out among your competition and gain the kinds of new employees who will help your business grow.